dismiss Jabbithole has been updated for WildStar Reloaded. Weekly updates shall resume as usual. Thanks for the patience!
Get the client ‹‹ Jabbithole needs you!
Log in | Sign up
Type: Journal
Object: THREAT ASSESSMENT: Flamewalker Pell
Last seen in: Drop 5

[This speech-to-text summary of all available intel on the Flamewalker Pell tribe of Bio-Dome 4 was prepared by freelance human explorer Buck Wanderbeck.]

This species divides themselves up according to the primal powers. You know: fire, air, water, earth, life, logic... I think that's all of 'em. They're all over Nexus. Hell, I didn't know better I'd reckon they're the real natives of this place. So each power has a Pell clan - Disciples of Fire, Disciples of Water, you get the idea. But within them general groups are tribes, what usually live in a single region or village. With me so far? Good.

The Flamewalkers are your local Pell tribe here on Farside. Don't ask me how they got here. No evidence of ships, so I gotta assume they used Eldan teleporters. They don't seem to remember how they work anymore, so that's good. Gives the rest of us an advantage, because these folk ain't what you'd call friendly. They got all kinds of Eldan tech around here, but they don't really seem to understand it completely.

You wanna beat these guys? Figure out the terraformer in Bio-Dome 4 before they do. And if they've already figured it out, stop 'em before they really figure out how to use it. The real danger with these Flamewalkers ain't what their shamans can do with primal fire, it's that big ol' hunk of machinery. Near as I can tell it's been stuck in the same position for a hell of a long time, but as soon as the Flamewalker Pell figure out how to control it, they could turn this whole place into a fiery nightmare. They might even try to knock this moon outta orbit - they ain't in their right minds.

You go in against the Flamewalkers, be ready to deal with co-opted Eldan constructs - they're primitive and crazy, not stupid, and constructs ain't all that tricky - and bring your fireproof pants. Make sure you got someone along who knows a console from a construct to get control of that terraformer, and frankly, take out as many of them Flamewalkers as ya can. Especially that high priest. He's bigger'n the rest of 'em, smarter and meaner. Don't underestimate 'im.

Me? I'm gettin' the hell back to Nexus. That place makes this moon seem almost sane. Send my fee to my private account, would ya? 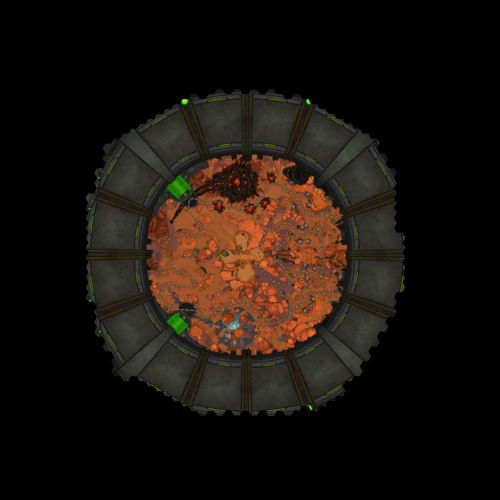 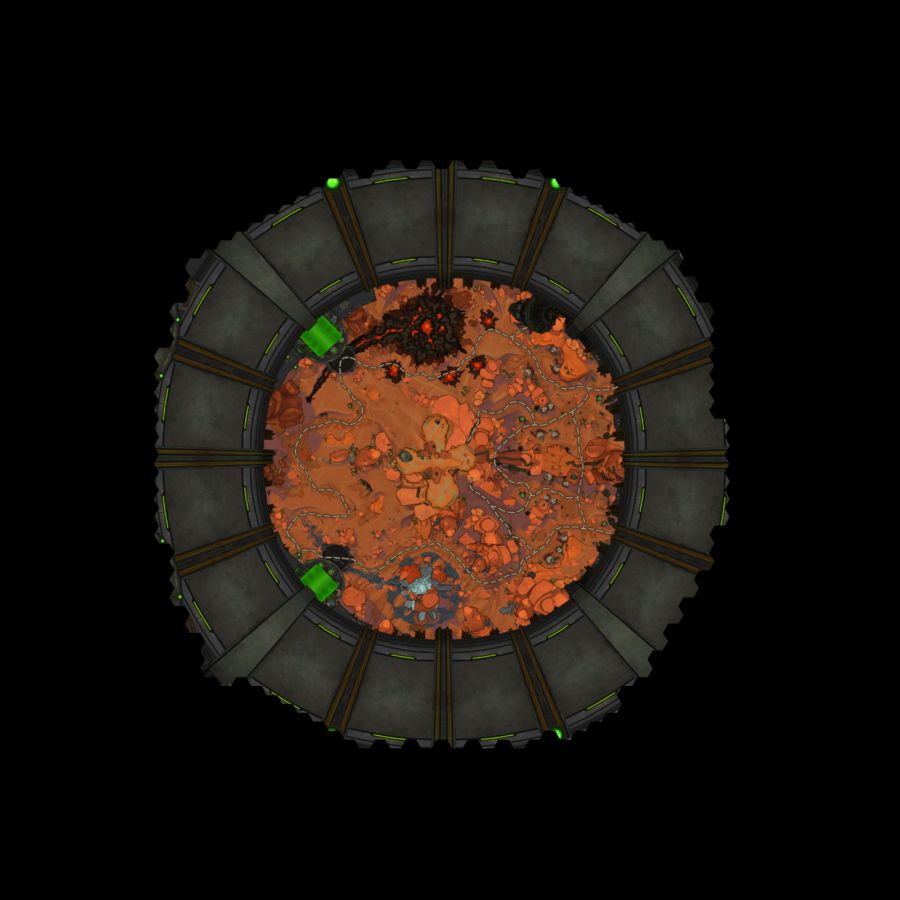